Is Mould Making You Sick?

We all know to avoid mould on our food, but how often do you think about mould in your home? We may look out for the tell-tale signs of mould growth, but the presence of mould is not always marked clearly with big black spots or a musty smell.

Staying alert and preventing the growth of mould may be more important than you realise. Mould and mycotoxins are responsible for causing a host of respiratory symptoms, compromising the immune system, and leading to widespread damage and inflammation.

Let’s learn more about how mould impacts our health and what we can do to stay safe.

What is mould and how does it grow?

Mould is a type of fungus, just like mushrooms and yeast. The most common indoor moulds are Cladosporium, Penicillium, and Aspergillus. These grow and spread with thread-like structures that release tiny spores into the air. Many of these spores eventually land on new surfaces and spread the growth of mould. Others linger in the air until we breathe them in. 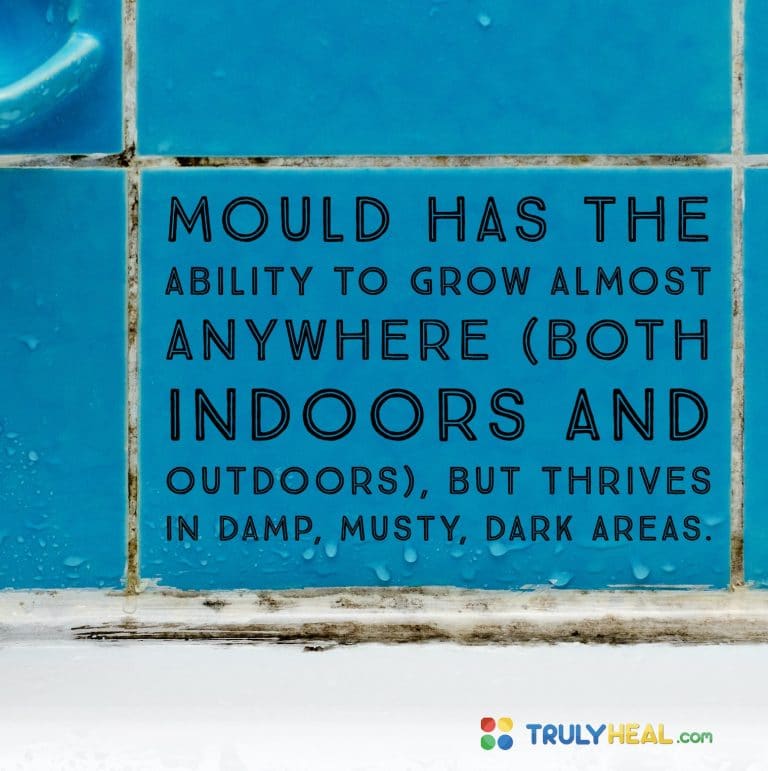 For that reason, the most common locations for household mould are bathrooms, basements, and attics.

What are the symptoms of mould exposure?

Mould enters our bodies through the respiratory tract as we breathe in the spores. While some people don’t notice any health changes when exposed to mould, others notice major impacts to their lung health, breathing capacity, and general wellness. Many also develop allergies, infections, and asthma.

The symptoms of mould exposure are typically mild and worsen gradually. Those with weakened immune systems or pre-existing respiratory conditions are more likely to notice the effects of mould and develop severe symptoms. 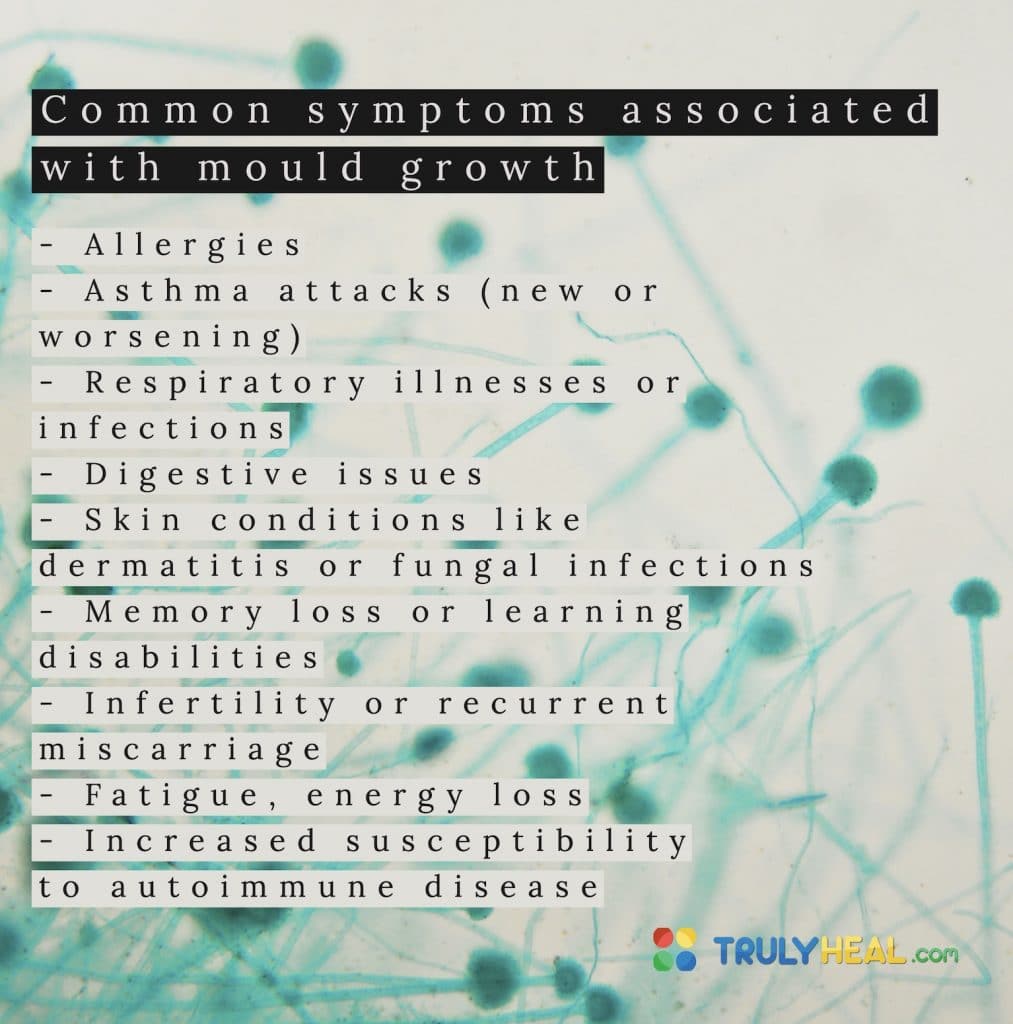 Why is mould so unhealthy?

Since 2004, mould has been a proven threat to our respiratory health. The Institute of Medicine collected sufficient evidence linking mould exposure to a range of respiratory health issues including asthma, cough, wheezing, and pneumonitis. More research is currently underway to learn about other possible dangers of mould and how it contributes to chronic disease.

While we are still learning about the effects of indoor mould, we do know some things about the dangers of mould:

Mycotoxins are toxic substances that are present in fungi like mould. Because our exposure to mould is often through the respiratory tract (as we breathe in spores) these toxins have access to our airways, lungs, and even the brain as the olfactory neurons connect the nose and eyes to the brain.

Mould disrupts and damages the immune system and causes inflammation.

The immune system works best in balance. We want a strong and fighting immune system to prevent disease, but not one so strong that it attacks our own healthy cells. Unfortunately, mould has been shown to dysregulate the immune system and suppress its defences while also making us more susceptible to autoimmune disease. Studies show that mould can increase the activation of mast cells, which release histamine and trigger the immune response. Mould also triggers a vicious cycle of overactive immune responses and systemic inflammation. Inflammation is one of the most common causes of long-term disease.
Mould increases oxidative stress. Oxidative stress occurs when toxins damage the structure or function of our healthy cells. Over time, this damage can lead to chronic and life-threatening disease. To counteract the toxic effects of mould, the body uses its antioxidant resources to constantly repair cells and tissues. This leads to an antioxidant depletion and overall poor health while also blocking the body’s detoxification pathways.

Mycotoxins have been shown to directly bind to our DNA and RNA, impeding necessary functions like protein synthesis. Chronic exposure to mould can lead to long-term cellular damage.

Mould exposure can damage our cells and lead to mitochondrial dysfunction, which results in low energy, fatigue (as in chronic fatigue syndrome), and an increased risk for chronic disease.

Mould can reactivate old viral and autoimmune diseases or cause mysterious disease.

Because of its effects on the immune system, mould has been shown to reactivate viral diseases like Epstein-Barr Virus and Lyme disease. Environmental toxins like mould are often at the root of mysterious, unexplained medical issues. If you have been confused by your health conditions, it may be time to consider mould. 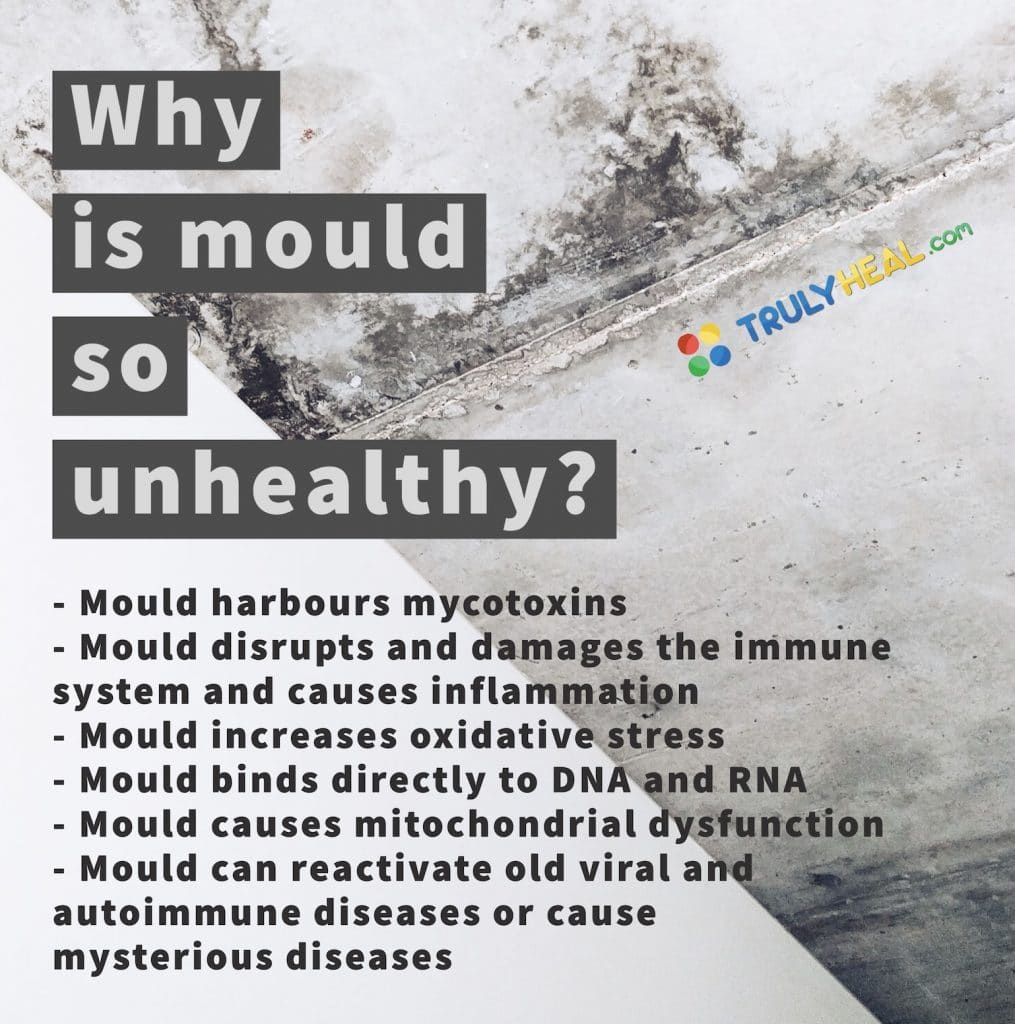 Mould and mycotoxins are a threat to our health and wellness. But what can we do about it? While mould is an invasive and sometimes tricky problem in our homes, there are many ways we can work to reduce our exposure and protect our health.

What can you do to remove the causes of mould toxicity but also prevent mould exposure?

What can you do internally?

Internal use of ozone is very effective (major autohemotherapy or rectal insufflations) to support the body in healing from mould toxicity, supporting immune regulation and general recovery.

In addition to ozone, it is important to improve your body’s ability to detox. By supplementing with powerful antioxidants like glutathione, sulforaphane, and diindolylmethane, you can improve the body’s own natural defence against mycotoxins.

The miracle mould detox box helps to upregulate phase I, II and III detoxification, improve mitochondrial function and supports electrolyte balance and remineralization. It may also aid in balancing and stabilizing glutathione levels which may otherwise be deterred by mold toxicity. We've heard some outstanding and expectional results from some of our readers. 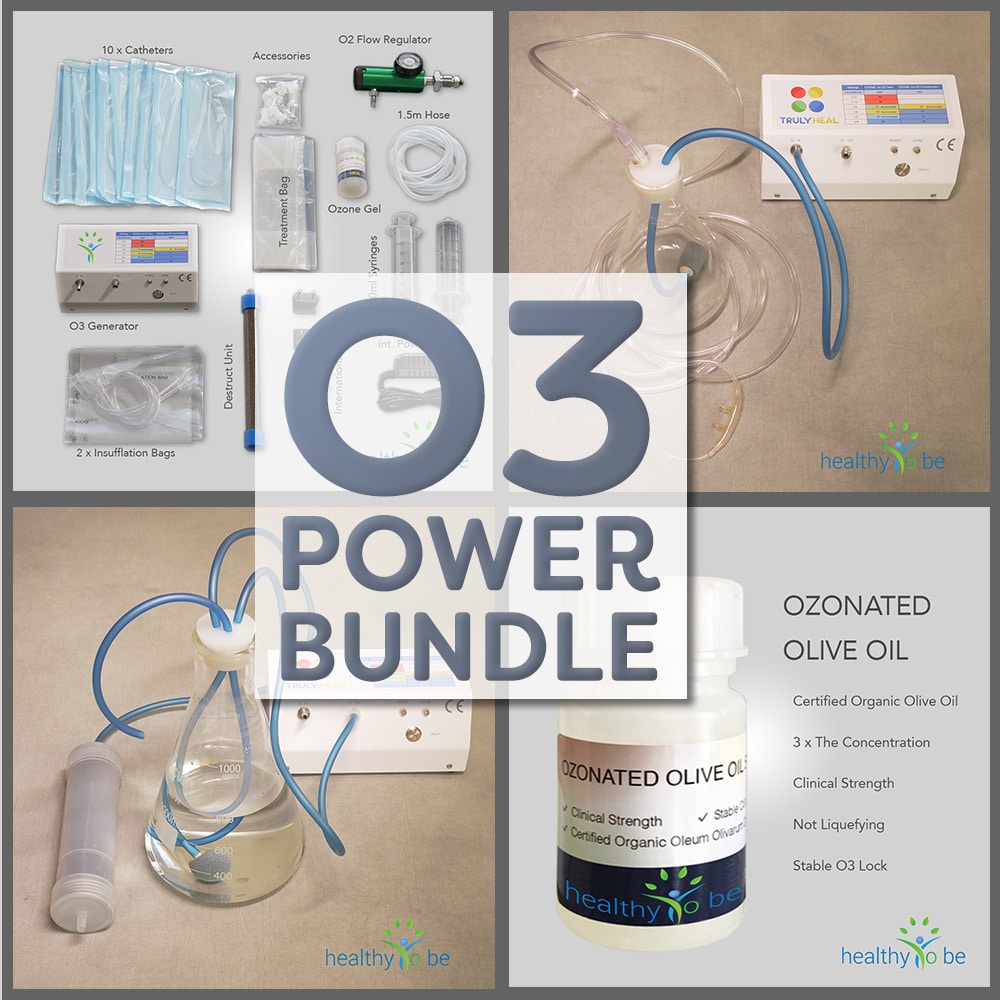 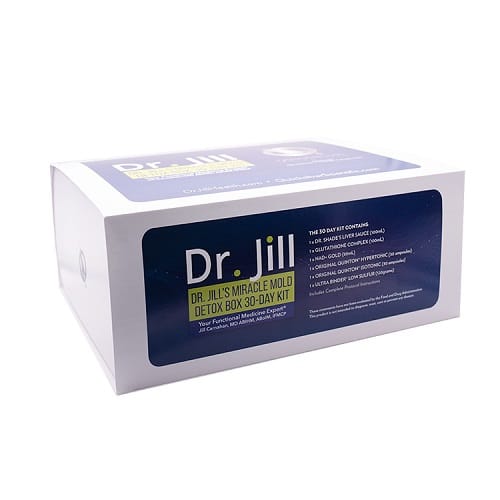 From respiratory issues to fatigue and illness, the damaging effects of mould are not to be ignored. Thankfully, we can stay healthy with a proactive approach to eliminating mould in our homes and protecting our bodies from the inside out. Reach out today to learn more about how a Functional Medicine Health Coach can help you find freedom from environmental toxins like mould. 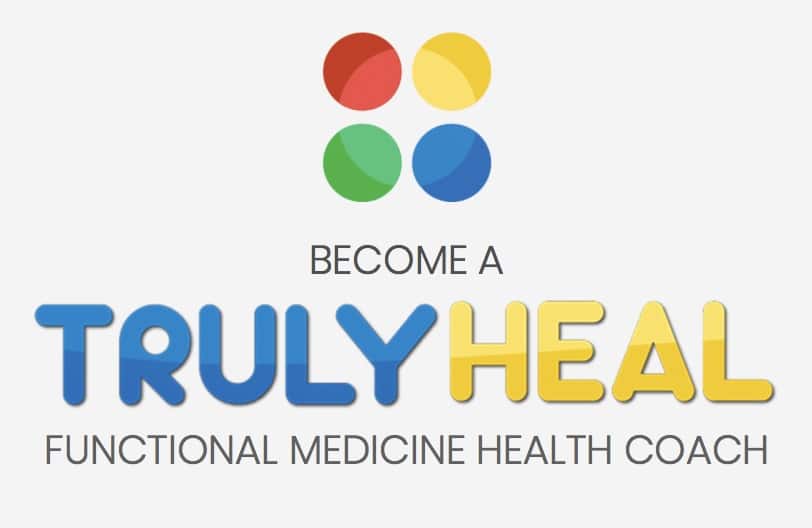 Begin a rewarding career as a Functional Medicine Health Coach 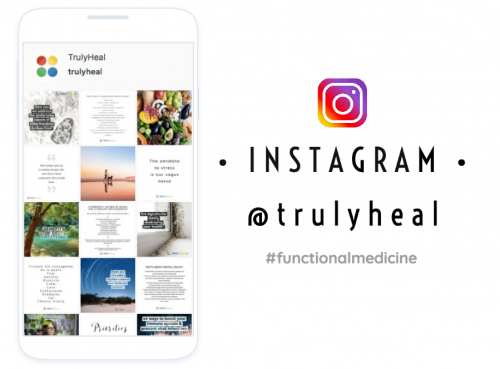 Leave your comments for! "Is Mould Making You Sick?" 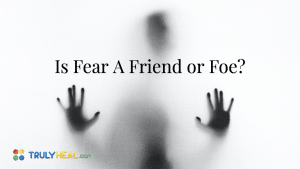 Is Fear A Friend or Foe?

Fear is one of the most natural and universal human emotions. We evolved with a potent fear response to keep us healthy, safe from harm, and alive. Yet, most of us feel negatively about fear. We want to hide from it, escape it, and ultimately live a life free from fear.
So, is fear a friend or a foe? Here we’ll dive deeper into fear and how it impacts our health and daily lives. Then, we’ll review a few simple steps that help us live better with fear – and even learn from it, too! 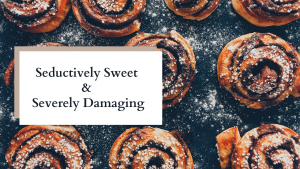 So what exactly does this seductively sweet drug called “sugar” do to our bodies? There is bountiful evidence which indicates significant roles for both insulin resistance and beta cell dysfunction in the pathogenesis and evolution of type 2 diabetes. Insulin resistance is often present in your body years before diabetes is diagnosed. This reflects a diminished response to insulin in its key target tissues and has been shown to predict the development of the condition… 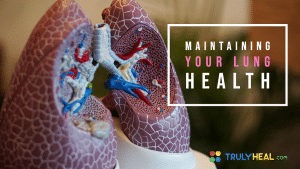 If you’re striving for optimal health, you cannot ignore your lung health. In fact, lung health is absolutely critical for a well-functioning body. To better understand the crucial role your lungs play in your immune health, let’s first take a moment to visualise the lungs inside your body. The lungs sit in the chest and are filled with tiny structures called alveoli. These small air sacs are surrounded by tiny blood vessels called capillaries which allow for the exchange of two gases… 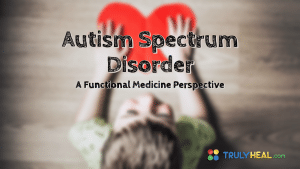 Only a few generations ago, the children that suffered from autism were sent away to psychological institutions. Today, the CDC reported that approximately 1 in 54 school aged children within the USA are diagnosed with autism spectrum disorder (ASD). Autism remains to be one of the least understood and most controversial diseases from the elusive cause to the treatment options. There is no easy answer to this complex and multifaceted condition… 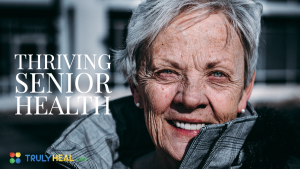 The old has passed away, behold the new has come. Although you may inch towards seniority with reluctance, in essence it is those wonderful senior years which bring forth a new and beautiful chapter of your life. There is no greater gift than living these years healthy and worrisome free. Nonetheless it is true, that ageing can bring about numerous health issues due to the fact alone that most of our organ systems decrease in function. 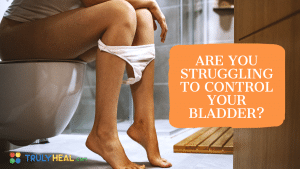 Are You Struggling to Control Your Bladder?

Have your bathroom habits felt more urgent lately? Do you worry about finding a restroom in time? Do you feel like your bladder is out of control? There can be many factors that affect urination on a day to day basis, but if your sudden urges have become a regular occurrence, it may be time to consider overactive bladder.
Overactive bladder is far from rare. In fact, the Urology Care Foundation estimates that over 33 million people in the United States manage an overactive bladder on a daily basis. 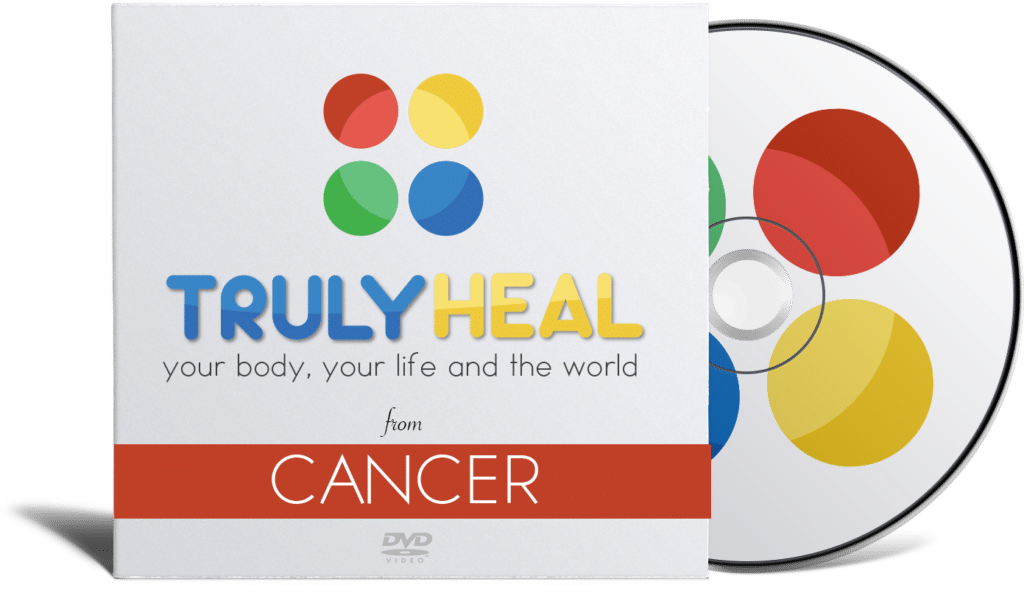